for VOX SYNDROME album by MICHAEL ATTIAS, followed by bio

There is a miraculous aura to this recording, an immediate propulsion to a world of airiness, insect definition, transparent mesh of light and shadows over water.

for VOX SYNDROME album by MICHAEL ATTIAS, followed by bio

There is a miraculous aura to this recording, an immediate propulsion to a world of airiness, insect definition, transparent mesh of light and shadows over water. The woody detail of drums and bass, the breath of cymbals and the agile androgyny of the saxophone-bird calling in soprano or tenor voice through variously colored foliage of guitar, all conspire to create a natural world of organic resonance and behavior... and yet as one listens further, deeper, a new metaphor emerges, that of a perpetuum mobile, carefully constructed with moving levers, pulleys, triggering mechanisms, detonators; the landscape has become a jigsaw puzzle of moving parts; the toads and dragonflies are magical contraptions, there is a wizardly intelligence behind the design. It is a thrilling tribute both to Nicolas' writing and to the imaginations and talents of the players that the music never feels contrived, that it breathes and moves with such organic coherence and spontaneity. Well-traveled and well-schooled in the esoteric secrets of a rose, a bottle of Chateau Margaux, an angel by Paul Klee, the dance of numbers in a West African clave, a composition by Thelonious Monk, this is a music of the world, as Nicolas and each of his musicians is a citizen of both the world beyond and the world of this music. This album is both the passport and the travelogue of the countries visited, the bomb in the suitcase is your imagination.

Nicolas Letman-Burtinovic is a New York-based acoustic bass player and composer who skillfully brings his background in the fine and performance arts to his projects. He is one of the primary forces behind Bomb X, Haleoscene, the 4 Runners and the Vienna Suite. When seeing those bands perform, the audience is treated to a life-changing experience. As one of the most creative and talented musician/composers in the new music scene, he has challenged both musicians and listeners to face the music within themselves and the world around them. He has inspired his colleagues to chart new territory within their own playing and writing while exposing the audiences to some of the most talented and exciting performers from all over the world.

Originally from Normandy, France, Nicolas has been living in Brooklyn since 1998 and performing in New York, Massachusetts, Philadelphia, Montreal, Austria and France. He studied solfegio, classical, contemporary and jazz music for the acoustic bass at the Caen Conservatory in France. In 1999, he attended the New School in Manhattan; however, he is mostly self-taught.

The unique style of his music draws from a diverse background of influences. Some of the compositions recall the impressionistic textures of Ravel. Like Debussy, he uses mathematical models to structures his compositions. His use of an odd meter system comes from Philadelphia acoustic bass player, Jymie Merritt. Not one to shy away from unconventional and diverse influences, one of his compositions uses the 1960’s Spiderman cartoon theme song as inspiration. The style defies the limitations of labels. One can hear the melodic influence of classical, folkloric, punk, rock and blues

The Vienna suite: The Vienna Suite (OUT OF PRINT)

A suite about Vienna told by some of its most creative musicians, music has been written for them.

The Vienna Suite 2010 on Session Work 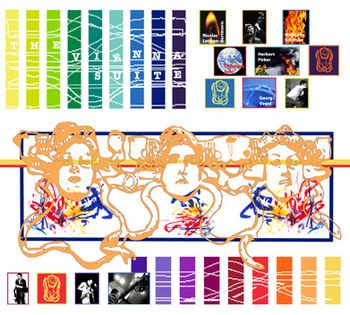 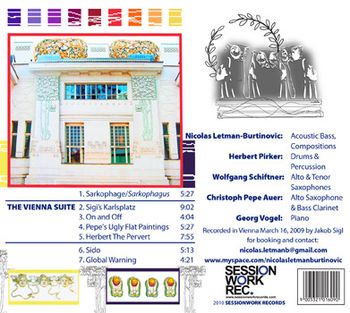 YOU CAN GET the Vienna Suite: http://www.cdbaby.com/cd/burtinovic 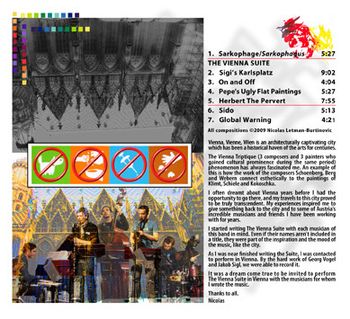 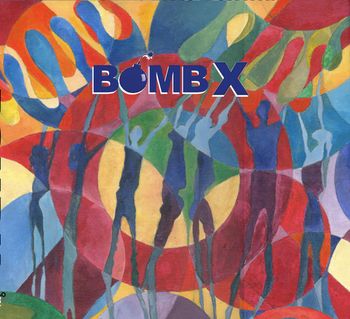 Haleoscene 2007 on Seeds Of Sound